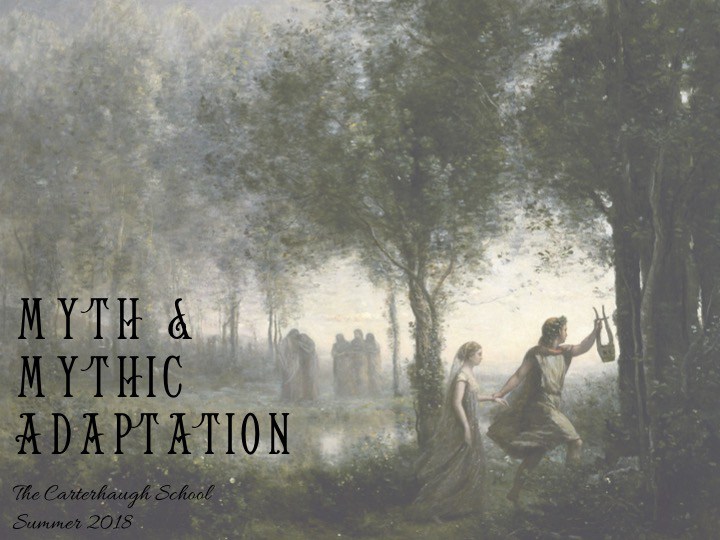 This Course First Ran in Summer 2018

Once, a curious girl lit a candle and beheld her husband. Once, a god stole his bride and fed her pomegranate seeds in a world with no sun. Once, a hero sought a beast in the center of a labyrinth.

The stories we tell ourselves have echoes. Sometimes they seem distant or unimportant, but we come back to them again and again. Why do they haunt us? Why do they still resonate, even when their meanings change? We see the strength and wisdom of Athena in the young girl leading her classmates toward revolutionary change. We retell the tale of how Demeter lost Persephone to express the twinge of pain a mother feels at her daughter’s wedding. We hear the enchantment of Orpheus in a pop song stuck in our skull for weeks at a time.

The curious girl was burned, but she searched the world until she found her lost husband once more. The god lost his love, and gained her. A hero can slay a beast but can never stop death.

Mingling the voices of lost tellers, inky pages, and tattered threads, The Carterhaugh School has woven a new course on “Myth and Mythic Adaptation.” Over the course of five weeks, we will share video lectures and some of our favorite mythic readings. Together, we will discuss some of the most foundational stories of Greek mythology and the literary retellings they have inspired. Uncovering context and meaning through the use of folkloristic tools, you will learn both to analyze these stories academically and how to relish and unleash them creatively.